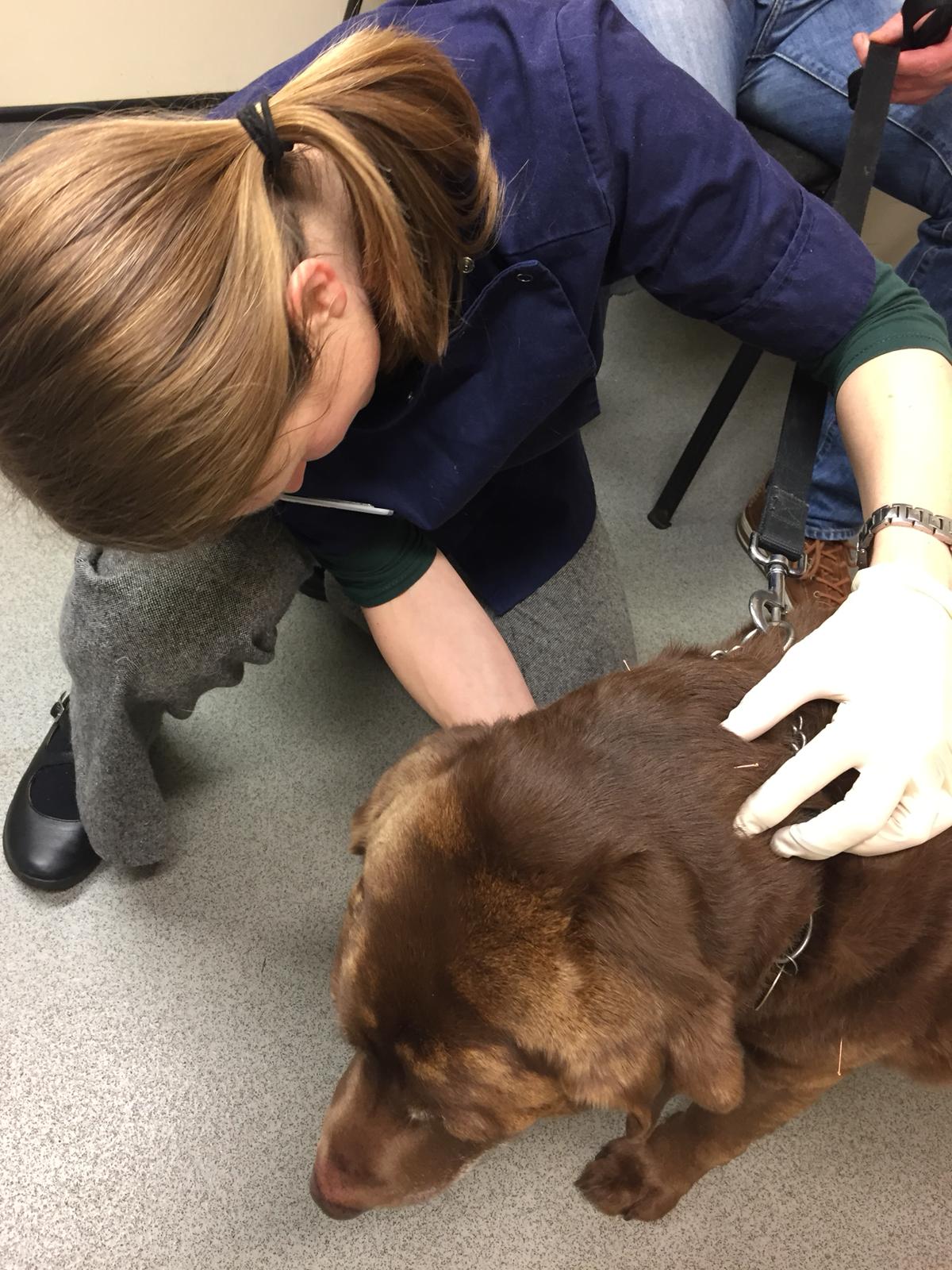 A big hello to Baxter who is our March 2019 Pet of the Month to raise awareness of the benefits of pet acupuncture!

Baxter first came to see our vet acupuncturist Carole in October 2018. The 12 year old’s owner had been looking for ways to improve Baxter’s comfort and mobility with his arthritis other than relying on long term medication. When he looked up the Association of  British Veterinary Acupuncturists’ website to explore the possibility of canine acupuncture, he found us!

Carole noted on Baxter’s first visit that he was quite stiff on his back legs, and had quite a heavy, plodding walk and weak core stability. One of his hips troubled him and his owner reported that Baxter was normally a bit stiff after getting up from resting. Initially, when Carole applied needles, parts of Baxter’s body were too sensitive to treat, although she was able to give acupuncture where he was less sore. Even after one session, it was great to hear that Baxter’s mobility had already improved as he had started jumping up onto the sofa at home again!

After four acupuncture sessions and attendance at our free pain clinics where Baxter’s owner was given targeted therapeutic exercises, heat therapy and massage techniques to carry out at home, there was marked improvement. Baxter was starting to do things he hadn’t done for some time, like stretching his legs out behind him when lying down and scratching to cover up his toileting outside. He was also walking with a lighter gait. Our pain scoring questionnaire which had been completed on Baxter’s arrival and at the end of his 4 week programme, showed his pain levels had markedly dropped.

Baxter continues to see Carole for regular acupuncture. His core stability has improved, and he can now receive acupuncture on areas that were previously too tender to treat. Baxter’s carefully managed weight loss alongside the acupuncture has also helped with his overall improved mobility and comfort, and relief of pressure on his joints.

We’re delighted Baxter remains off long term pain medication and is in love with life and living it to the full!