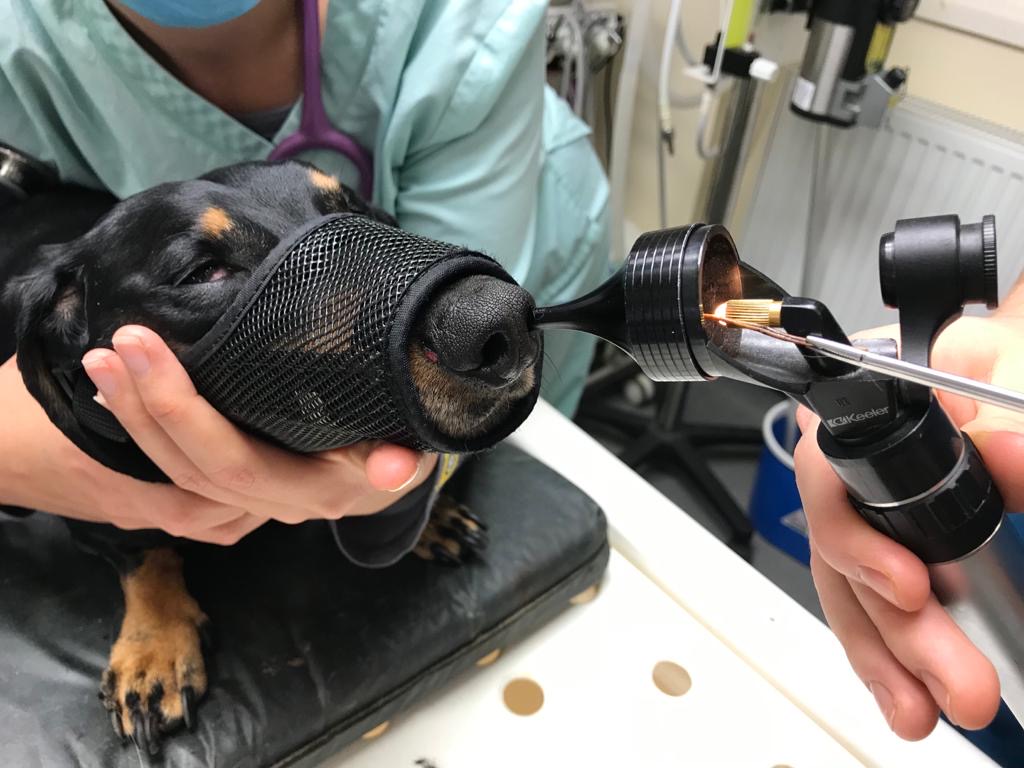 Poor dachshund Marti came in to see us as he had been sneezing and was bleeding from his nose. We suspected a foreign body, so had a good look up Marti’s nose while he was under sedation and spotted the offending culprit. A two-pronged pine needle! Ouch! You can see the foreign body being extracted with forceps in the photo. Marti’s mum thinks it must have happened while he was exploring in woods on his dog walk. Watch out for Christmas tree needles next month, Marti!