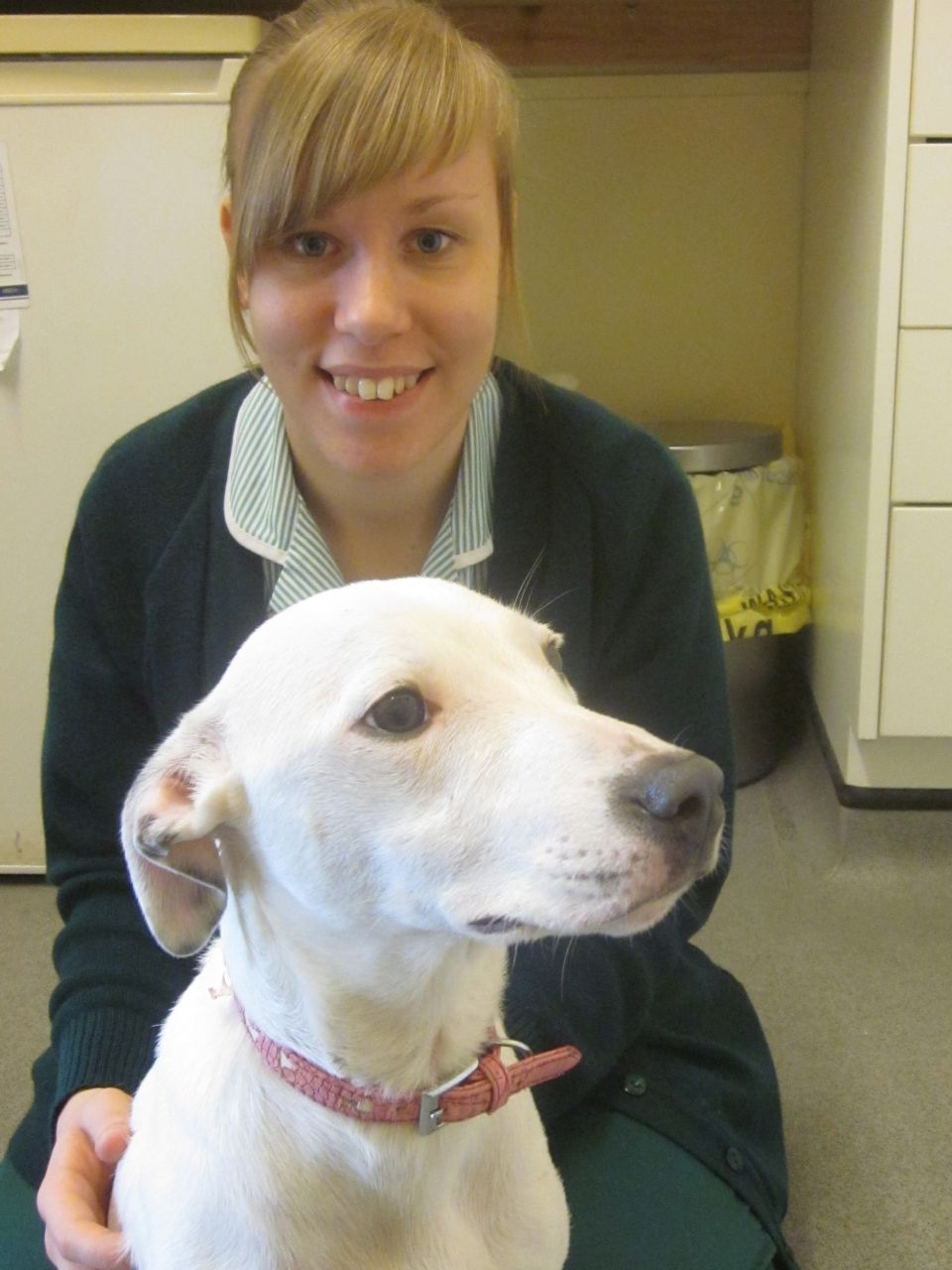 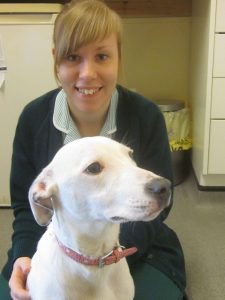 Six month old Poppy was rushed in to 387 Vets as an emergency on Tuesday after she had eaten an elderly relative’s morphine patch.  By the time she reached us, which was only 15 minutes after ingestion, she could barely hold her head up. We gave her a drug to make her sick, and though she barely had the strength to vomit, fortunately she did bring the patch back up.  We put her on a drip to support her blood pressure and then gave her a drug to reverse the effects of the morphine.  Incredibly, within a minute, she was sitting up and responding.  So pleased Poppy was ok – though it was touch and go – and we loved our cuddles with a much brighter, bouncier pup before she went home.