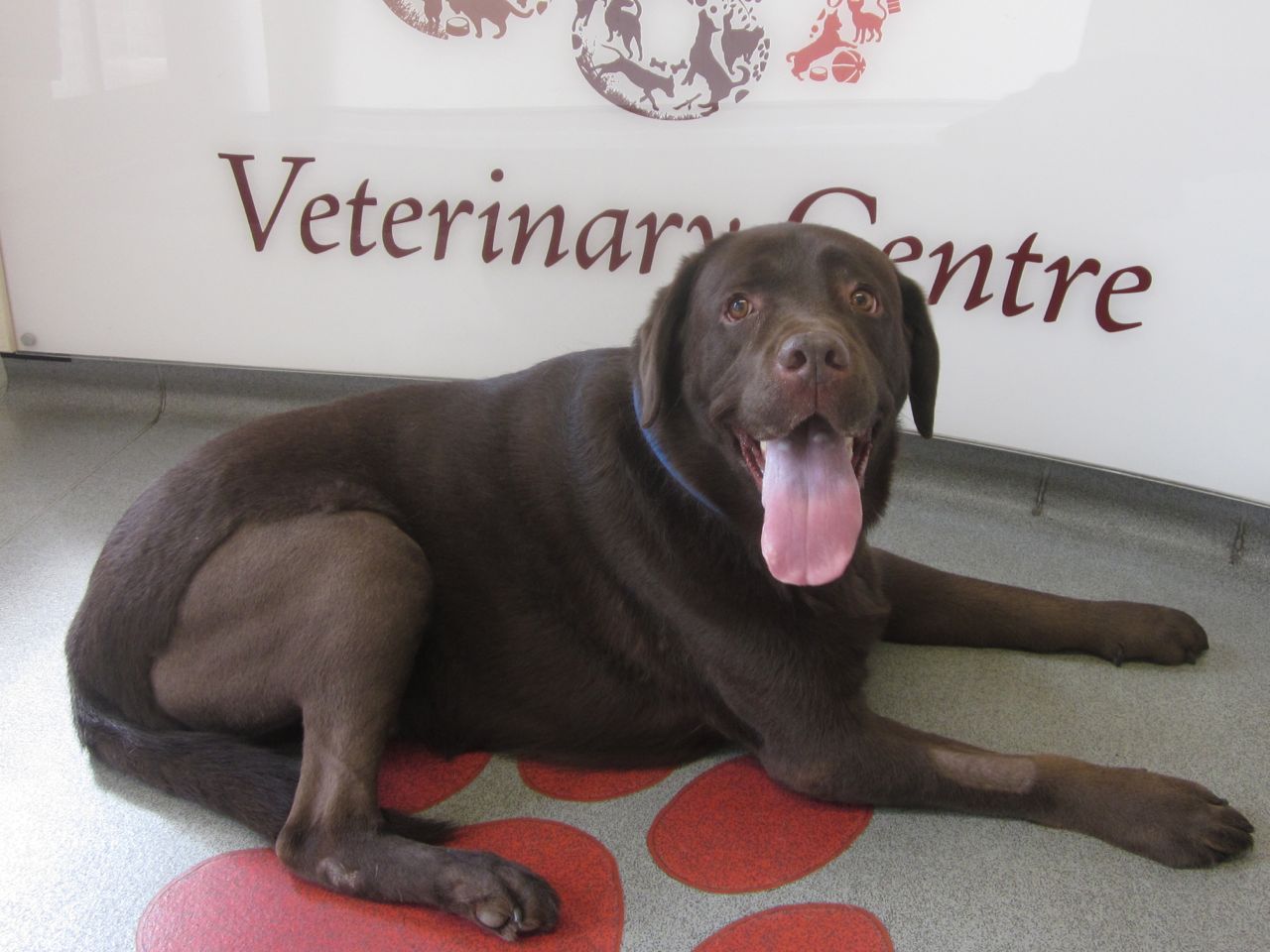 Happy Harvey is our May Pet of the Month 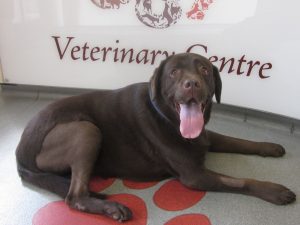 Harvey is one of the happiest, most cheerful, life-loving labradors you could wish to meet. But his legs are not so happy! His owner rescued him from a re-homing centre when nobody else wanted a dog with his problems: both his elbows are incredibly thickened, arthritic and restricted and he hobbles everywhere – albeit very cheerfully.

Last December, Harvey suddenly started to struggle on one of his back legs, leaving him with only one good leg left! He had ruptured his cruciate ligament in his stifle (knee) and he was now really handicapped. We chose the TTAr (Tibial Tuberosity Advancement Rapid) procedure to neutralise the shear forces and restore stability of the stifle joint. Harvey was gradually regaining full use of his leg when, almost 2 months after his initial surgery, he started limping on his other back leg, his last good leg!

Poor Harvey had ruptured the cranial cruciate ligament in his other stifle. Once again we performed a TTAr procedure and once again Harvey is making an excellent, rapid recovery. 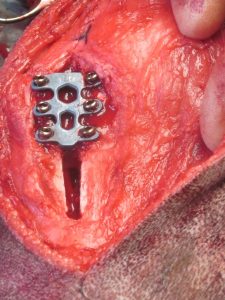 DURING SURGERY: cage used in the TTAr procedure has been screwed into place. 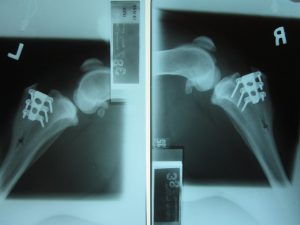 POST OP X-RAYs: in each case, the cage is displacing the front of the shinbone forward  to neutralise the pull forces within the knee joint. 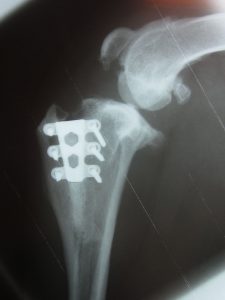 Since introducing the break through TTAr procedure at 387 Vets in May 2013, we have performed over twenty. It is common for dogs who have suffered from cranial cruciate injury in one leg to damage the cruciate ligament in the other leg too, and Harvey is the second dog to receive the TTAr procedure in both legs at our practice.

TTA procedures for cruciate injury have several advantages over older techniques, one of which is to produce comfortable joint stability much faster and to allow weight-bearing and use of the leg much sooner. This is particularly important in large dogs which don’t cope as well on three legs as small dogs, and where the joint forces created are much greater. In a case like Harvey’s, where his front legs were already handicapped, it was paramount to give Harvey back the use of his leg as quickly as possible.