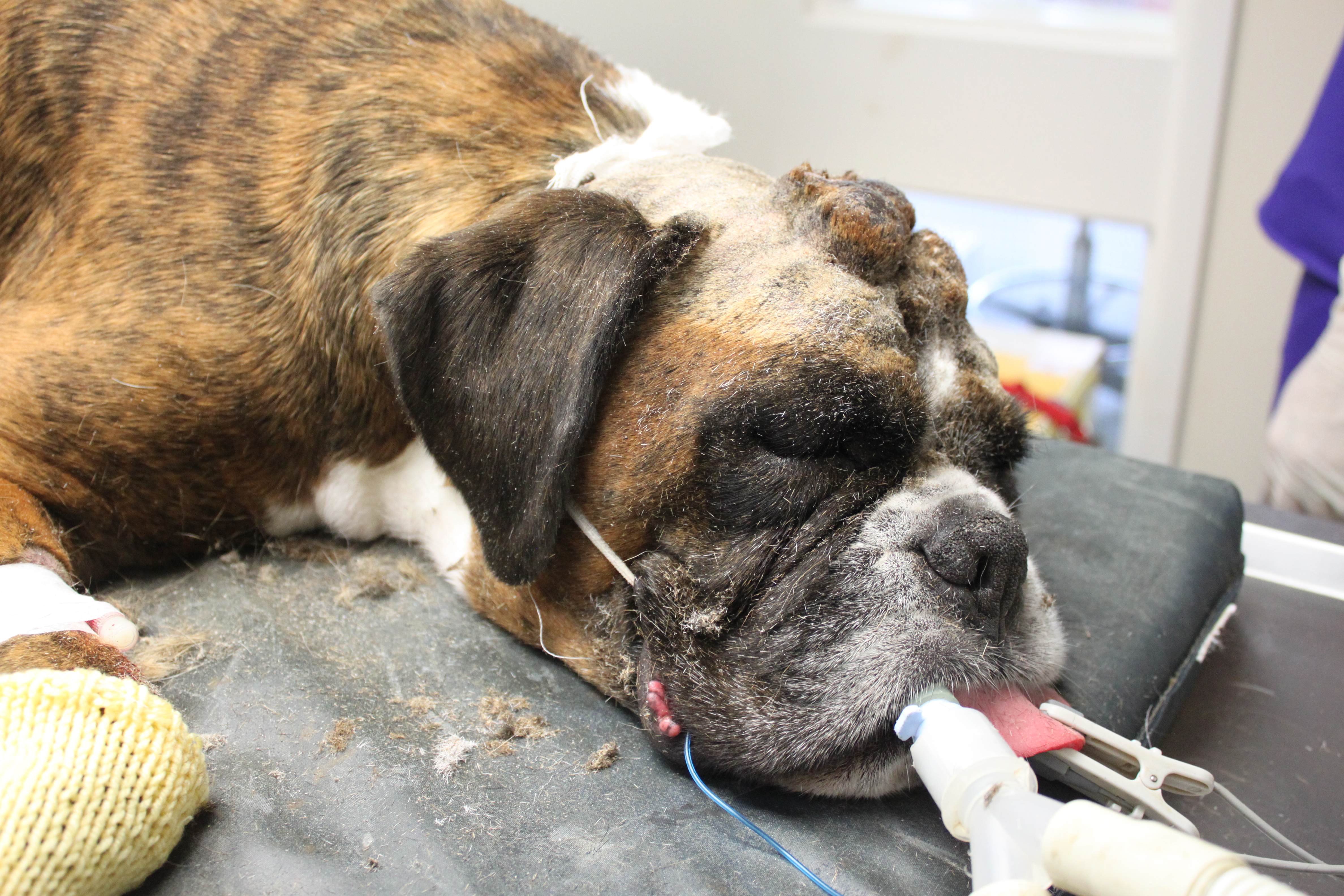 Five year old Boxer Lola had had a mass on the top of her head which had been slowly growing. Whilst tests confirmed that the nodular mass was a benign cyst, as it was a considerable size, Lola was booked in for surgery to have it removed.

Having recently carried out a course in Wound Reconstruction, Emma performed Lola’s surgery. She needed to take special care with the depth she needed to cut to remove the lump given the local concentration of facial and auricular nerves. She also needed to consider how she would close the remaining wound. With the mass measuring around 9cm in diameter and the need to remove an additional margin of tissue from around the lump, this would leave an impressive hole! Emma thought she might need to put into practice an advanced skin flap technique for wound closure that she had learned on her course. In Lola’s case, the technique would have involved releasing three sides of a tongue-shaped flap of skin on the back of her neck below the section removed. The base would be left attached to Lola’s neck and this ‘flap’ would then be pulled up onto the top of Lola’s head to cover her wound, stitched to the skin flanking where Lola’s mass had been.

Fortunately, Emma did not need to be so invasive, and closed the wound by uniting the two sides of the wound together on the top of Lola’s head. No additional skin flaps needed! The subcutaneous layers of skin were knitted together with special slip knots to avoid undue tension causing any tearing of the repair.

Lola’s recovery was impressive, and just 9 days after surgery it was already becoming difficult to see the repair. Look at the photo below! A worry had been that in pulling up the skin to close such a big wound, the post-op positioning of Lola’s ears might have been distorted, and her eyelids drawn back, almost like a facelift. Thankfully, Lola’s features remained unaffected. Although now she has no lump!