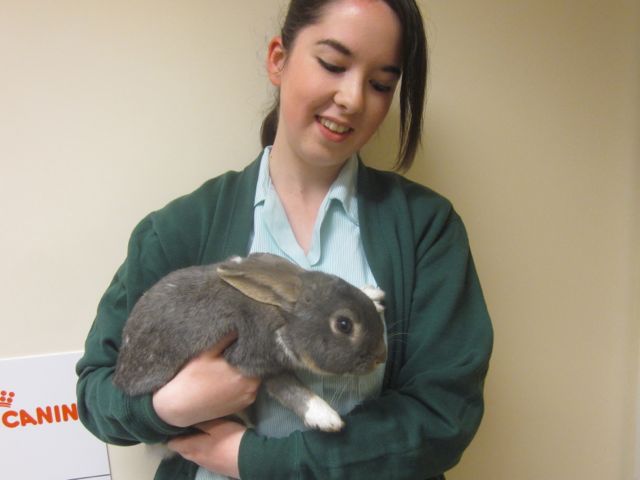 This is our new trainee nurse Jenny holding escapee rabbit Sooty!  Sooty was brought in to us after the  domestic rabbit had been spotted hopping about in somebody’s garden looked lost and potentially far from home. We scanned Sooty and were delighted to pick up a microchip reading. When we got in touch with Sooty’s owners, we discovered that Sooty had disappeared after burrowing a route out of the garden to go exploring. We’re delighted the adventure ended happily! As of 6th April next year, microchipping will be compulsory for all dogs. But do consider chipping other pets too, so that if they do go missing, they can be reunited with you, just like Sooty.