Minnie’s nasal trouble something to sneeze about! 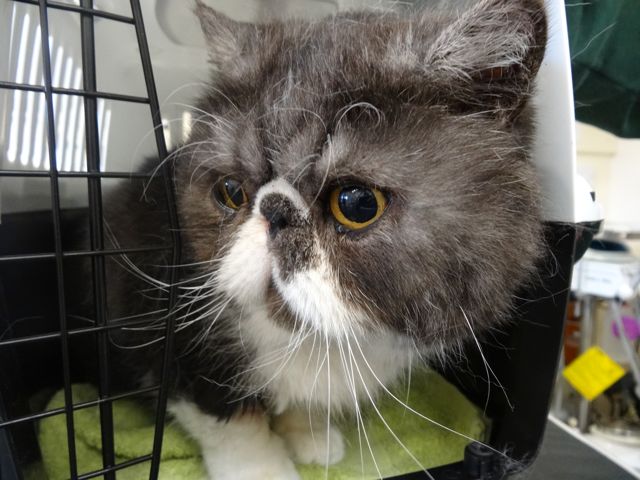 Minnie had had previous gagging, choking and nasal problems last year and had responded well to an antibiotic and an anti-inflammatory. Persian cats, and other short-faced cat breeds, are prone to upper respiratory tract problems (sneezing, nasal discharge, runny eyes etc.) so when she started again with sneezing and breathing problems we assumed it was a recurrence of her previous problems.

However, Minnie did not improve with similar medication and therefore it was necessary to anaesthetise her to be able to examine her throat and nose.

Initially we took a nasal x-ray with our dental x-ray machine, which gives very sharp, highly detailed images of the fine nasal bones, but we could see no abnormality. After examining the back of her nasal passages (above her soft palate) by retro-flexing our scope (turning the end 180 degrees to look back on itself) we passed the fine 4mm scope into the front entrance of her nostrils to examine inside the nose itself.

We could see something green (other than ‘snot’) in there, and with a very fine pair of forceps we managed to retrieve a 3 inch piece of grass. As if that wasn’t enough, when we looked scoped back up her nostril we could see another piece, which we also removed. 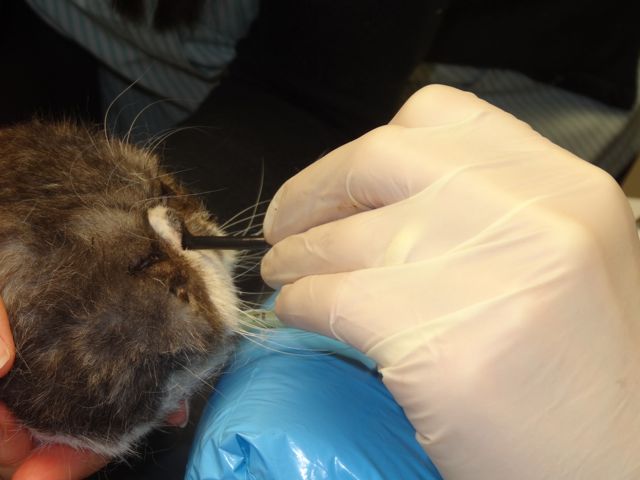 Minnie under sedation, having her nasal passages examined with a bronchoscope. 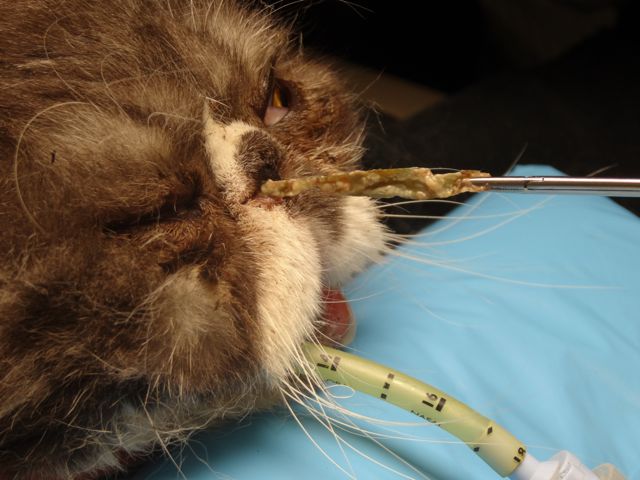 On sighting foreign bodies in her nose, the blades of grass were removed with fine forceps.

What a huge relief for Minnie! It is hard to see how such large pieces of grass could have been hiding in such a small, short nose!! 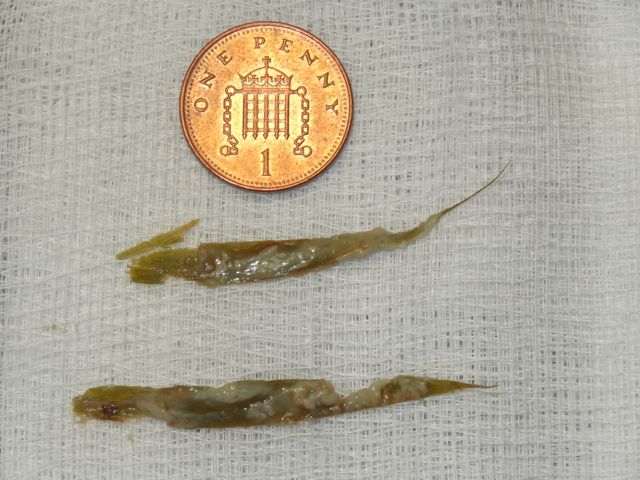 The stems were around 3 inches in length!