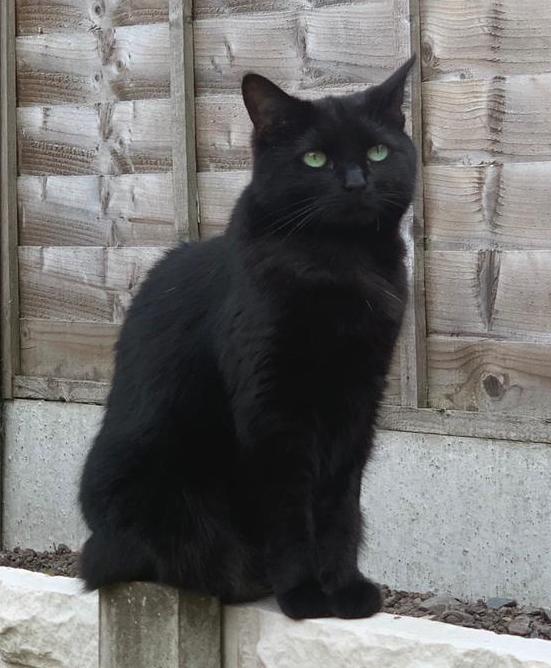 This is Elsie who is our July Pet of the Month! Poor Elsie came to see us as a second opinion as her condition wasn’t improving under her existing vets. Her owner said that Elsie had stopped eating, was losing weight, had stopped defecating, appeared lethargic, and that her mouth seemed uncomfortable too and was worried that Elsie was continuing to deteriorate. We examined Elsie in the consulting room, and while her mouth showed no visible signs of abnormality, our vet Selenia could detect some thickening in Elsie’s gut. We agreed that it would be best to admit Elsie for sedation and an ultrasound scan to carry out a more thorough examination to try and find the cause of her worrying symptoms.

No wonder poor Elsie had been sore! With Elsie under sedation, Selenia re-examined her mouth and was able to spot white thread wrapped round the base of her tongue. We put Elsie under general anaesthetic and tried to tease the thread out, but it had passed into Elsie’s guts and wouldn’t release. Whilst we could have cut the thread to see if Elsie would pass the rest naturally, Elsie’s owner agreed to surgery – the safest option to ensure the trigger of Elsie’s problems was removed completely and would cause no further complications. We cut the thread, removing half through Elsie’s mouth, and performed an exploratory laparotomy to take the rest from her small intestines which were unsurprisingly inflamed. We were amazed at just how much thread Elsie had swallowed!