Oscar sneaked out of the house one morning when he discovered the front door was slightly ajar. When his owners realised he had disappeared, they were horrified and immediately went in search. It took them over an hour to find him, but the relief of being reunited was overshadowed by the terrible sight that met them: Oscar was collapsed and in shock, he couldn’t stand, he had the most horrific, open wound on the top of his head and his left ear was hanging off. 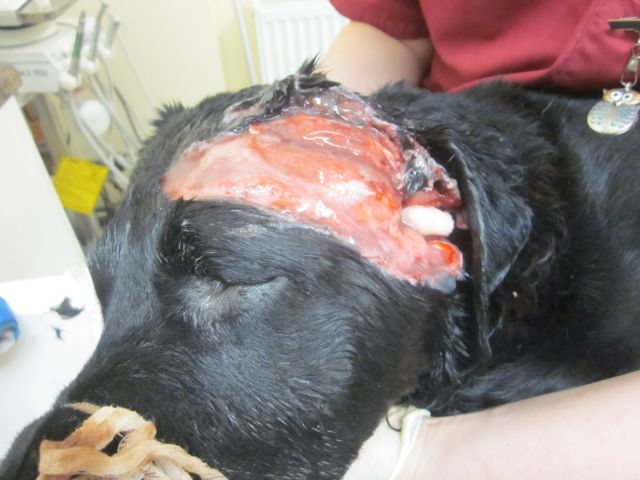 Oscar post arrival.  His ear is to the far right of the photo

Because of Oscar’s internal injuries and inability to support his weight, we spent several days stabilising his condition, and it wasn’t until 6 days after his accident that we felt he was strong enough to have surgery to repair and reconstruct the top of his head. 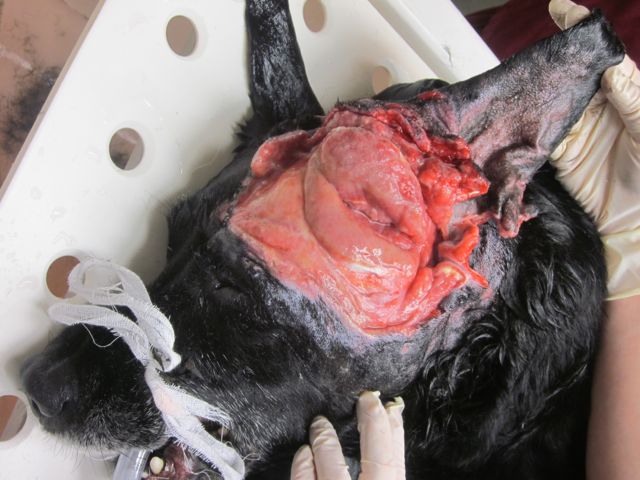 6 days after Oscar was admitted, pre surgery: the doughnut shape in the centre of the wound is damaged, torn muscle in front of and above his left ear canal

His head injuries were extremely severe.  Oscar’s left ear had been ripped open in three directions and the skin pulled back from approximately 40% of the top of his head. Much of the damaged, superficial tissue had died (become necrotic) and had come away over the preceding days of bandaging.

Surgery needed to be meticulous to reconstruct his ear canal before we could begin to replace and restore the skin on the top of his head. 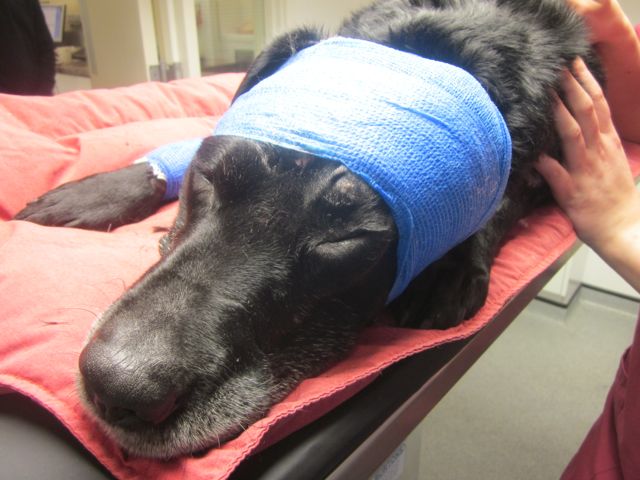 Thankfully enough healthy tissue had survived to close the deficit and although the wounds have taken a long time to fully heal Oscar is up and about, happy and looks like a Labrador again! 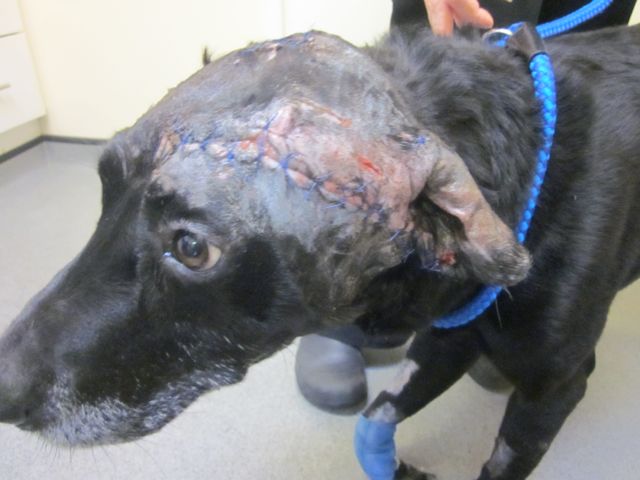 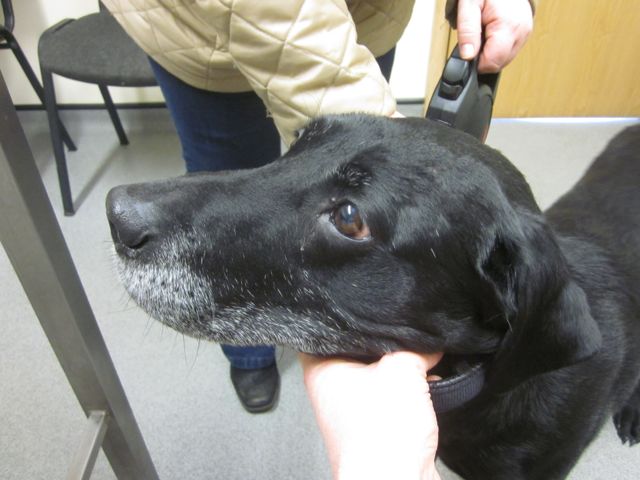