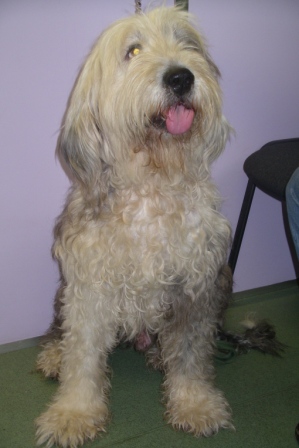 Merlin was brought to the surgery because he was losing his appetite, had had some diarrhoea, was vomiting occasionally and was very weak. During examination an abdominal mass was discovered. Blood tests confirmed that his organs and body systems were still working well. An x-ray confirmed the presence and position of the mass in his abdomen and allowed assessment of the other internal organs.

At exploratory surgery, under general anaesthetic, the mass was found to be a large, cancerous testicle which was removed. His other testicle was also found within the abdomen and removed. With no clear evidence of the cancer having spread, Merlin recovered well and returned home to his owners the following day.

Dogs’ testicles should descend into the scrotal sac when they are young puppies. Testicles that do not descend by adulthood are said to be ‘retained’ and carry a high chance of becoming cancerous (statistically retained testicles are 14 times more likely to develop cancer). Therefore we strongly advise that all retained testicles are removed surgically at a young age. 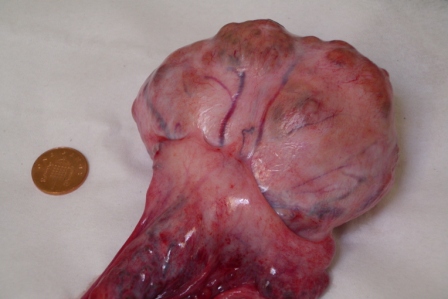