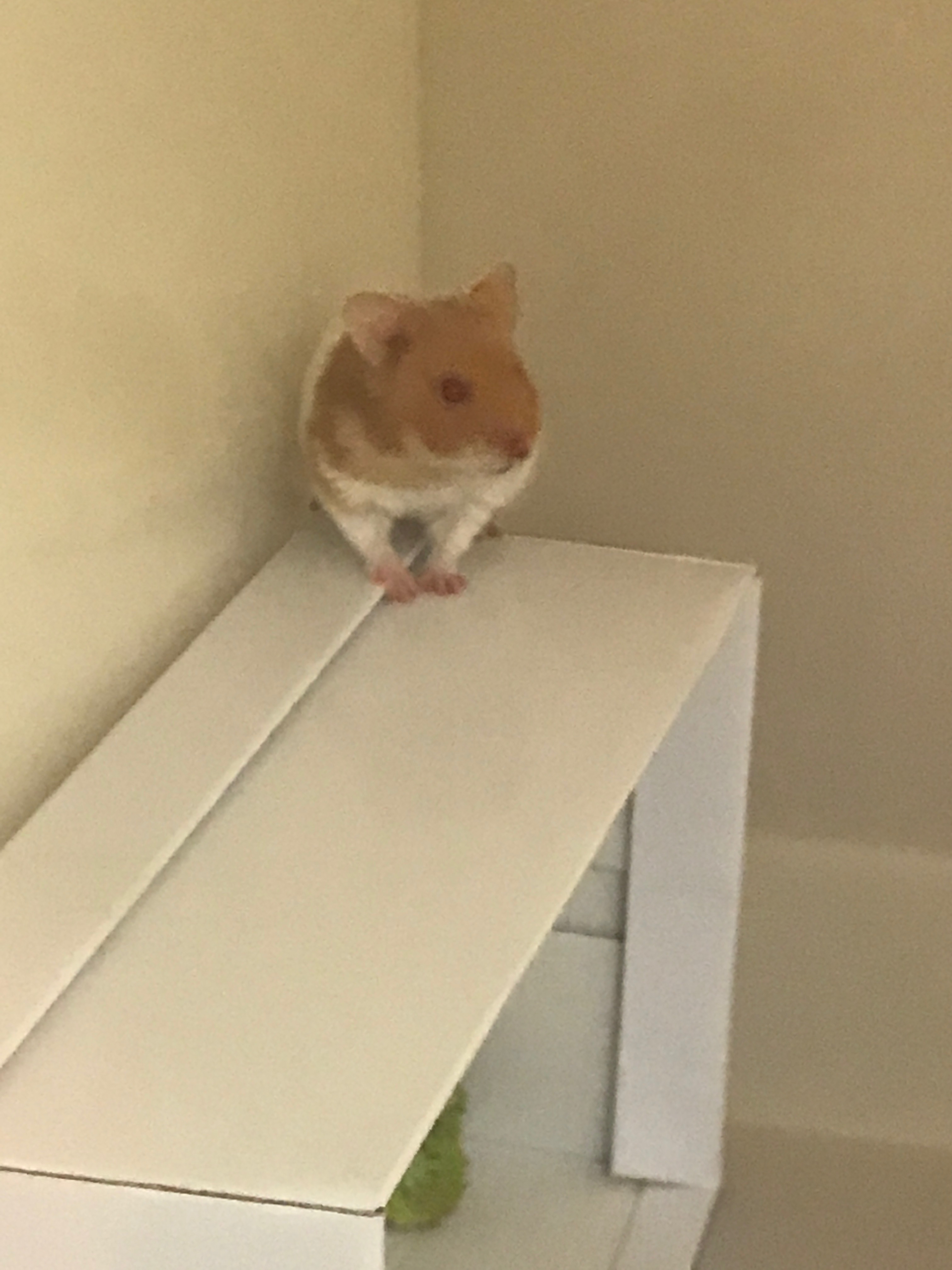 This little girl was brought in this morning and has a remarkable break out story! A couple had heard scratching in their cavity wall and decided to break through the plaster and create a hole in the wall to investigate. This is what they found! She’s a pretty speedy hamster, so they couldn’t initially catch her but managed to do so later when she popped out to have a drink from the cat’s water bowl in their kitchen! Nobody knows where she’s come from, as the neighbours don’t keep hamsters and neither do the couple who found her. It’s a complete mystery! Fortunately, where she goes next is less of a mystery, as Jo, our receptionist is going to adopt her. Here she is checking out one of our kennels as she waits to go to her new forever home!