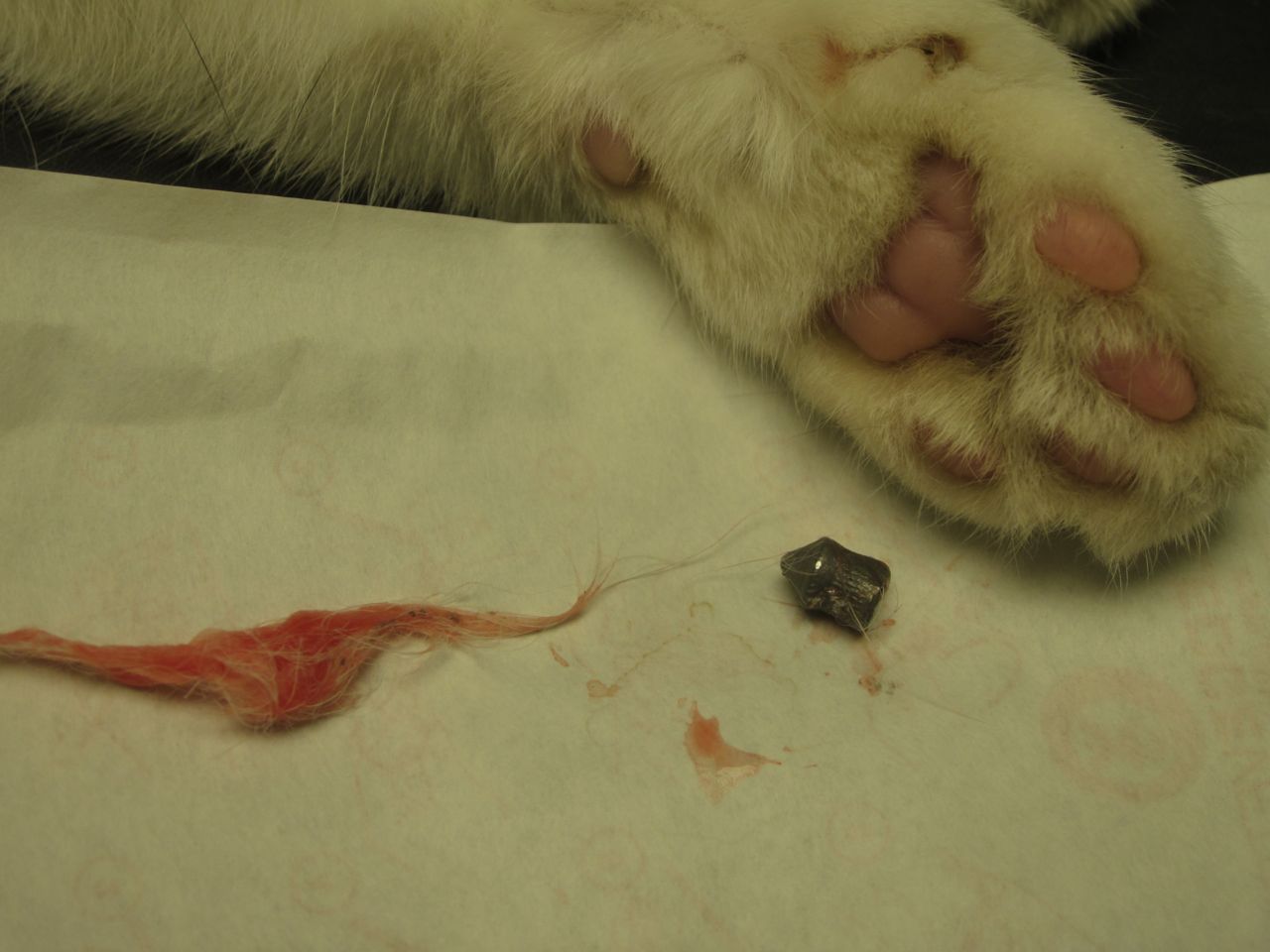 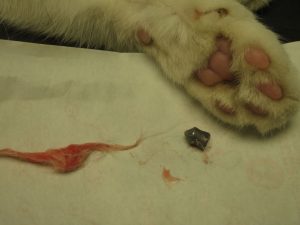 7 year old Disco was brought in to see us with a really tender tummy and was in some distress. On closer examination, we identified what we thought might be  an air gun pellet lodged in Disco’s side. Sure enough, x-rays confirmed what we had suspected, and we operated to retrieve it from poor Disco’s insides.  From the photo above, you can get some idea of the size of the pellet, and alongside is the clump of hair that the pellet drew into the wound on impact.  Disco should make a full recovery. But what a sad story.  This did not happen in a residential area as Disco lives down by the canal, but this should never have happened at all.