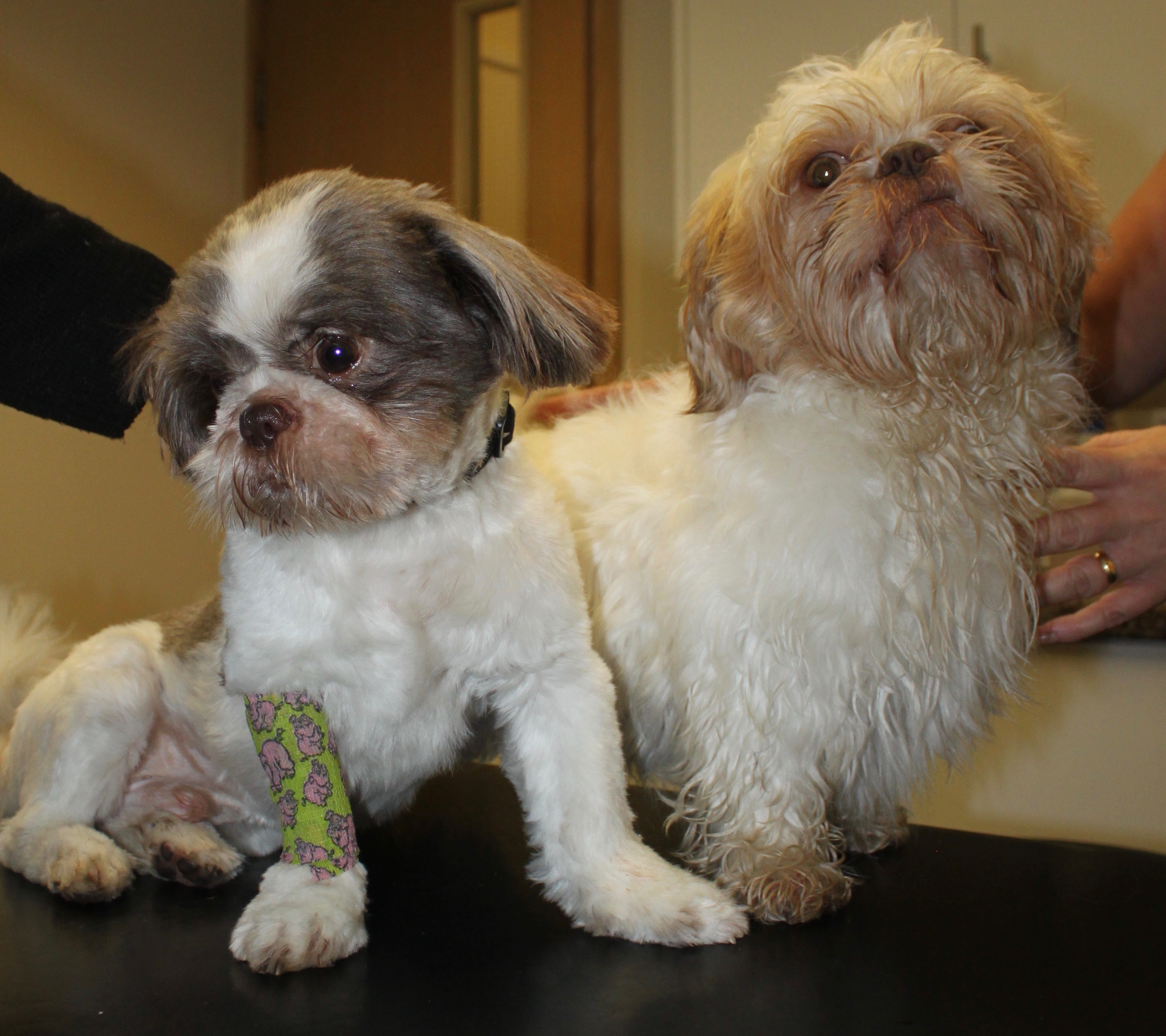 What are the odds?!

Stripe (on the left) was in for surgery at the practice yesterday, and his mum came to collect him yesterday afternoon. Just before Stripe’s mum arrived, a lost dog was brought in at which point Jo, our receptionist, began to research the dog’s chip details. Meanwhile, Stripe was discharged. However, just as he and his mum were about to leave, we discovered the lost dog was Stripe’s brother! What were the chances of that?! Here are the two brothers reunited!