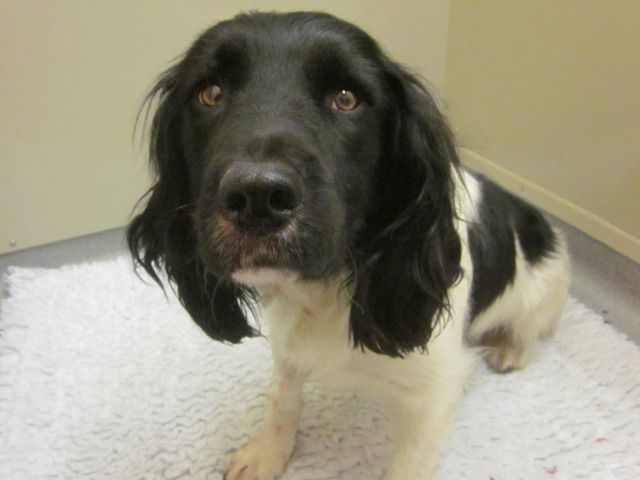 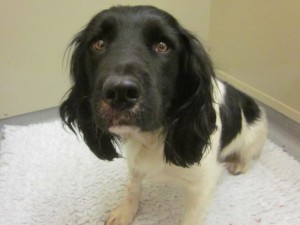 Brodie is a very fit and extremely active young Springer Spaniel. He spends most of his walks racing about at top speed whether it is across a field or straight through a bush! Unfortunately, on one walk, Brodie emerged from a particular bush sneezing. Over the next few weeks he only sneezed occasionally but his nose was causing him some irritation and eventually began to emit an unpleasant smell.

We advised that Brodie should have an anaesthetic so we could pass our 4mm bronchoscope up into his nasal passages to look for any foreign body which might be lodged and causing an infection. 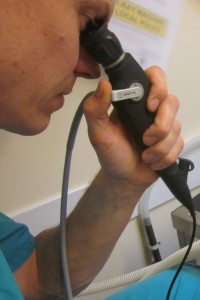 On first examination, we could see that the nasal lining was inflamed but there didn’t appear to be anything else unusual. The nasal cavities, however, are very intricate. After further searching we spotted the tip of something protruding from the lining of Brodie’s nose and retrieved what turned out to be a thorn. We thought that was problem solved! To ensure we hadn’t missed anything we passed the scope back into the same area one last time and could just see another dark area. After some manipulation and several attempts to remove the offending material we were shocked to withdraw a 4 inch piece of bramble! The thorns were facing the wrong direction which is why it was so difficult to remove! 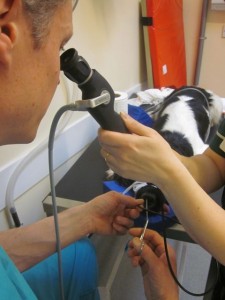 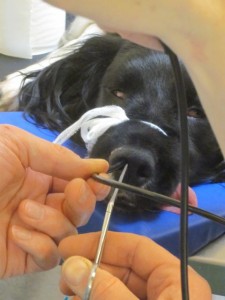 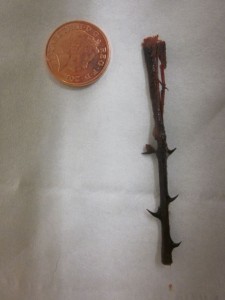 It was hard to believe such a large spiky twig had been stuck in poor Brodie’s nose for several weeks and also that it had been so difficult to find and extract. Brodie must have felt much better afterwards!