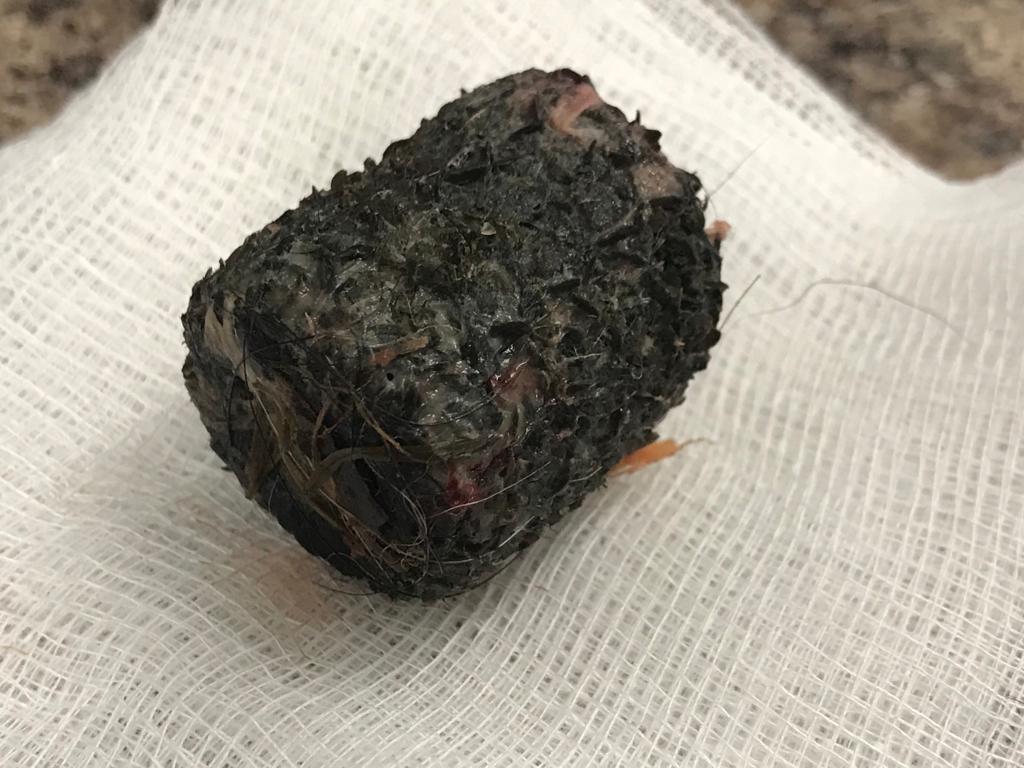 Careful with corn on the cobs!

Millie’s owners were up from Surrey visiting friends in Sutton Coldfield when it became clear that she needed to see a vet urgently on Saturday morning. Poor Mille had been vomiting for 24 hours, wasn’t eating and had become very weak. When our vet Hamish palpated her stomach, he could clearly feel some kind of foreign body. We took x rays to see if we could gain a clearer idea of what was causing the blockage that was making her ill. But it wasn’t until we took her into theatre and operated that the culprit was revealed. Millie had eaten a corn on the cob which had then become stuck in her guts. Her owner had no idea where she had come upon it but almost certainly Millie had found it on her dog walk.

Millie’s story is a really pertinent reminder to make sure that you dispose of any sweetcorn cobs really carefully. Keep well away from the potential for inquisitive noses to find! Cobs are tasty to dogs but large, solid and unforgiving and will quickly cause complications if ingested by your pet.

We’re pleased to report that Millie is recovering well after her ordeal. Not the relaxing holiday she and her family had planned when they left home!