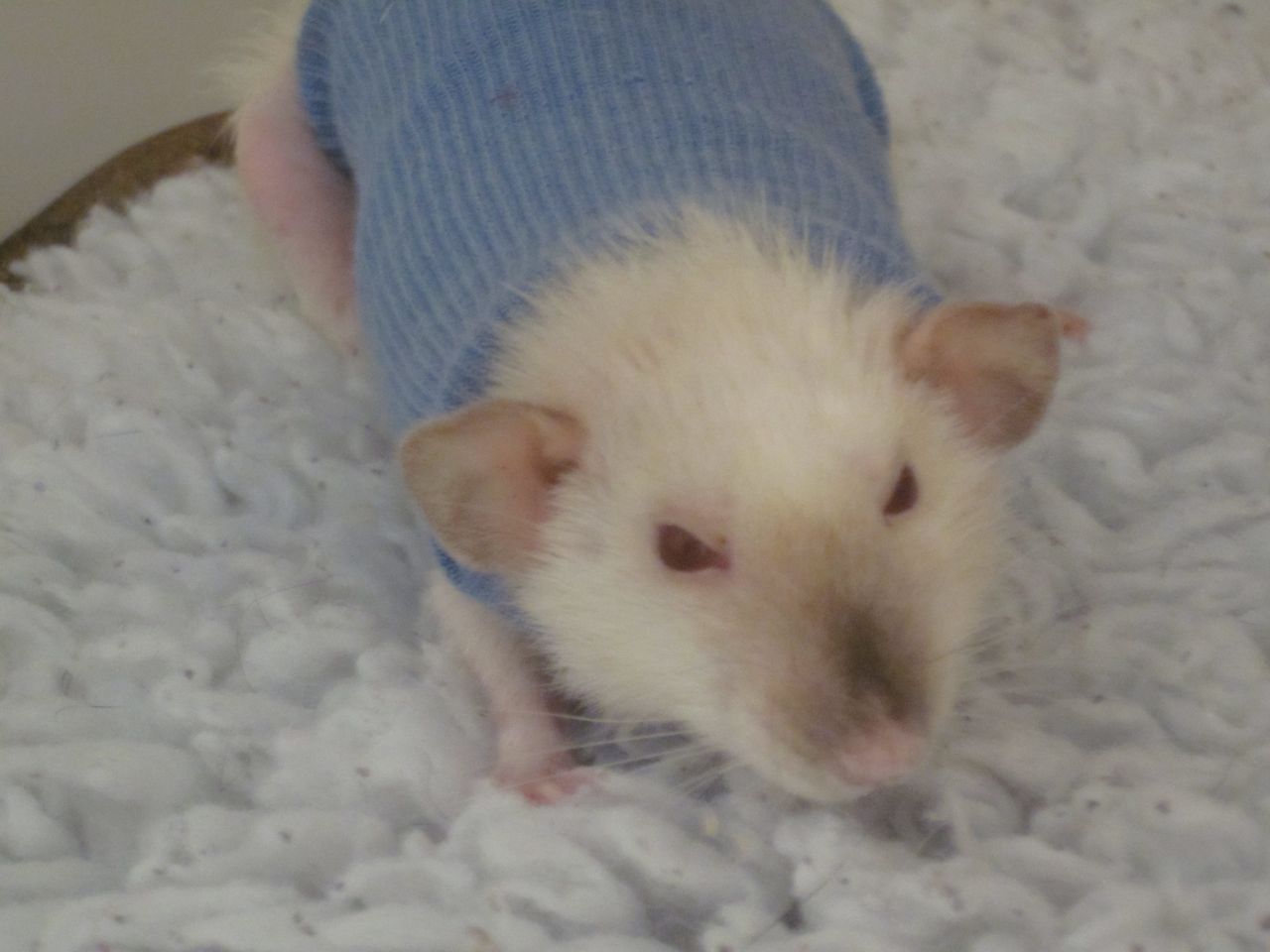 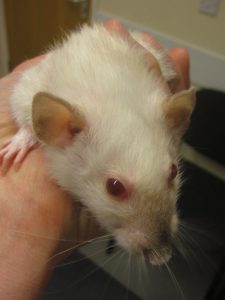 When Chiyo came to us she looked a little like two rats stuck together as her mammary tumours were so large! Chiyo had already had mammary tumours removed last year but unfortunately more had grown in some of her remaining mammary glands. Her owner had put off the inevitable surgery as long as possible but something had to be done as the growths were restricting Chiyo’s general movement and ability to get about. 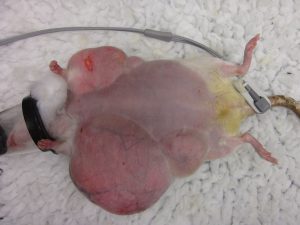 Chiyo under anaesthesia prior to surgery. With small mammals we use an anaesthetic mask because they are too small to pass a breathing tube down the trachea (wind pipe).

Mammary tumours in rats are common and usually grow remarkably fast, often reaching vast sizes in only a matter of weeks. Not all tumours are malignant or cancerous, though there is always a risk of recurrence, or growth of further tumours in remaining mammary tissue. The obvious solution would be to remove all mammary tissue but this is extremely challenging and impractical in the majority of cases.

Chiyo’s surgery was difficult because her tumours extended down her entire right hand side from her ‘armpit’ to her groin. And they were also growing on her left chest wall. We needed to remove large sections of mammary tissue, and it was therefore hard to preserve enough skin to close the wounds at the end of surgery. 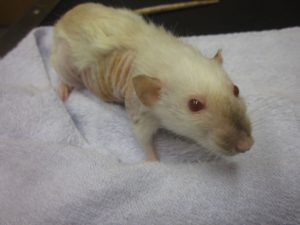 This is Chiyo at one of her post op checks just two weeks after surgery. Her wounds are healing over nicely and she is back to herself. 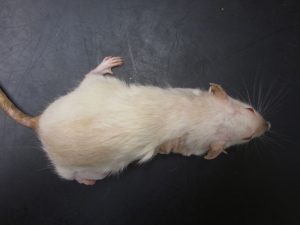 Compared to the photo of Chiyo under anaesthesia, this emphasises exactly how huge the tumours were – half Chiyo’s body weight in fact.

Rats have a nasty habit of biting at their wounds and pulling out the stitches, re-opening their wounds. As Chiyo’s stitching was one continuous suture it was especially important she wasn’t tempted to nibble!

We therefore fashioned a ‘body wrap’ to cover her wounds whilst they healed. By all accounts, however, Chiyo was a model patient and barely fussed at the surgical site at all which helped her to such a speedy recovery. 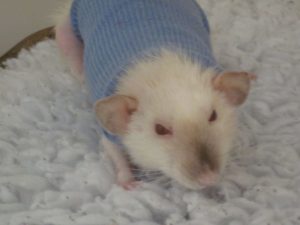