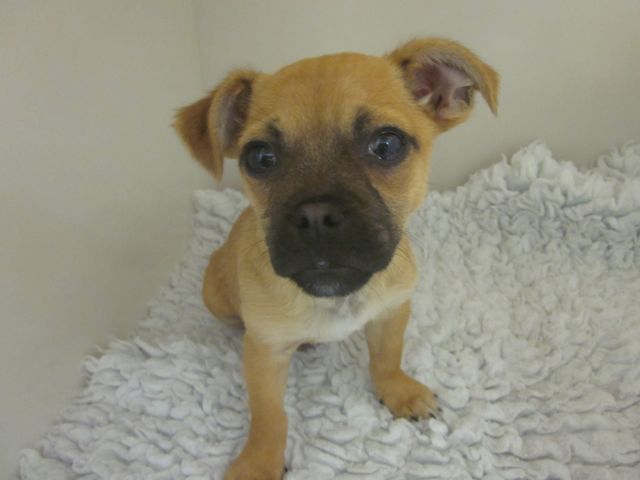 4 month old Frank had been snacking on a rawhide bone when it seemed that a piece had become lodged in the puppy’s throat as he kept trying to be sick. Frank was brought straight down to see us, and after we confirmed we could detect a foreign body he was immediately taken into theatre. A triangular piece of rawhide chew had got stuck in Frank’s oesophagus (food pipe to stomach). We could feel the obstruction, and could just see the tip of the chew, but getting a purchase to remove it was extremely difficult. We shone an otoscope (usually used for looking into ears) down Frank’s throat, and by pulling Frank’s tongue forwards and tilting his head back, our vet Tizzy was able to open up Frank’s throat cavity and could just reach the chew with short forceps.

However, grabbing it to remove it was another matter! It eventually became a 2 man job! Even though Frank is quite tiny, we needed to use our crocodile forceps – special long-handled forceps with a gripping ‘mouth‘ shown in the photo below. While Tizzy guided the forceps in, Hamish controlled the ‘mouth’ and together they we able to dislodge and remove the foreign body. Great team work guys! 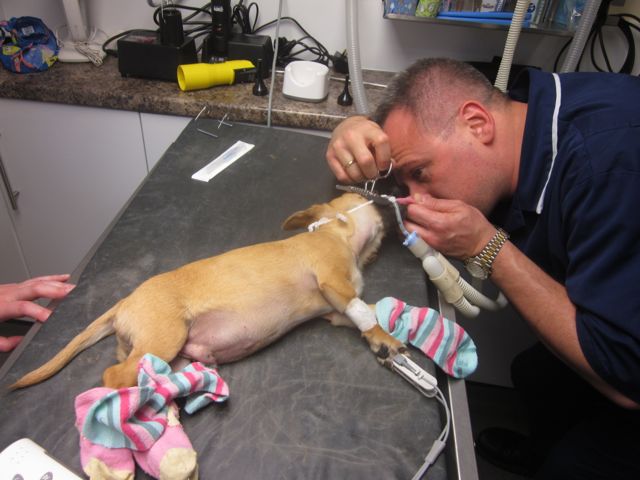 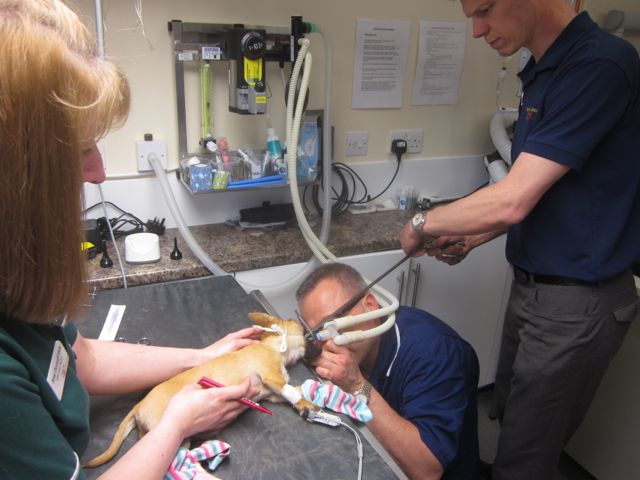 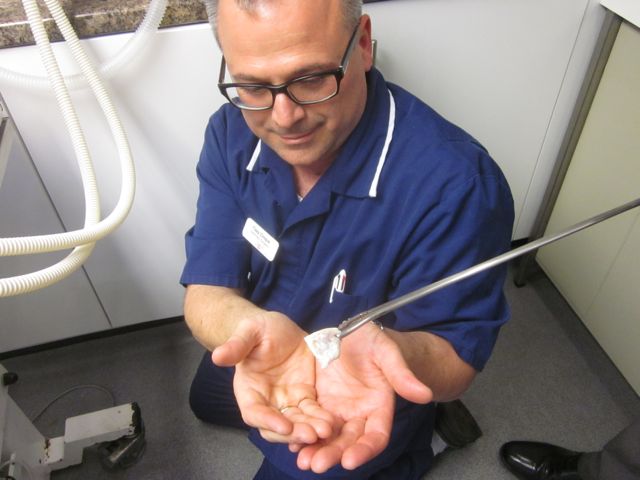 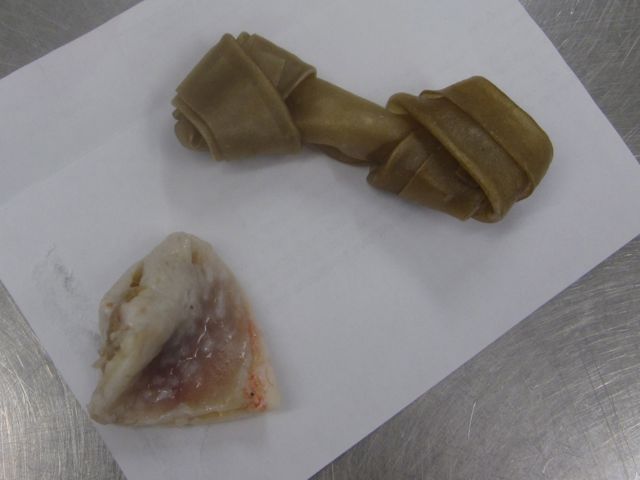