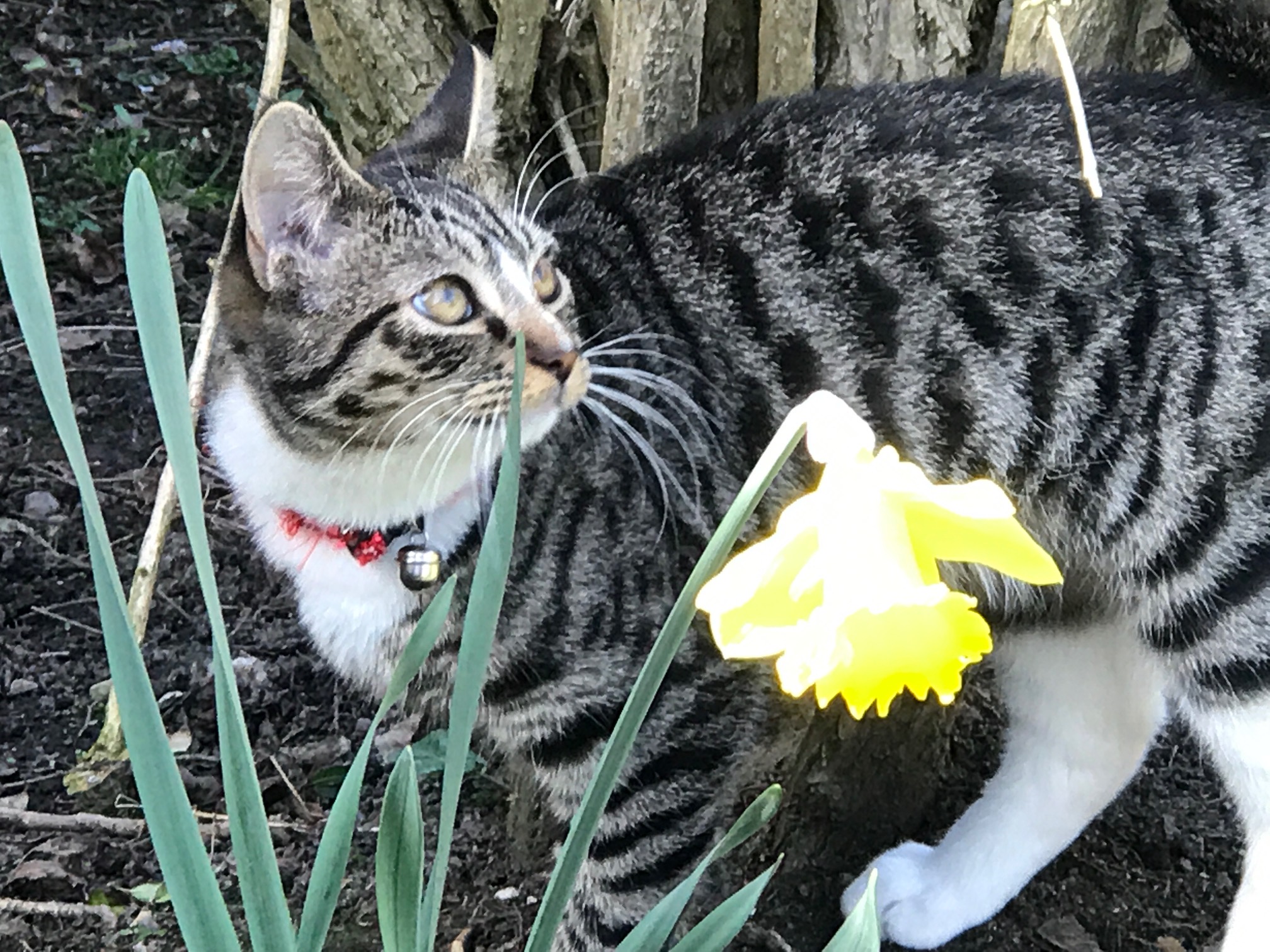 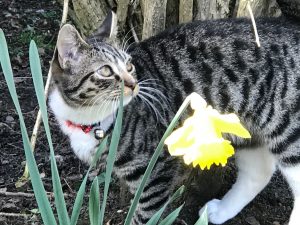 Merry – the kitten Hamish adopted after he had been found in a skip – has finally made it outdoors!  He’s had a lot of tummy trouble since he was first brought in to 387 Vets, so Hamish wanted to make sure he was better before he neutered him and let him outside. We think Merry is now around 6 months old, and this is him on his very first exploration of Hamish’s back garden. Merry loved it! He’s taken to his quick release collar and bell with no bother at all, and Hamish’s family (and the birds!) can now hear him coming – wherever he is! He’s also learned how to use the cat flap rather than sitting at the back door waiting to come in. Clever boy!