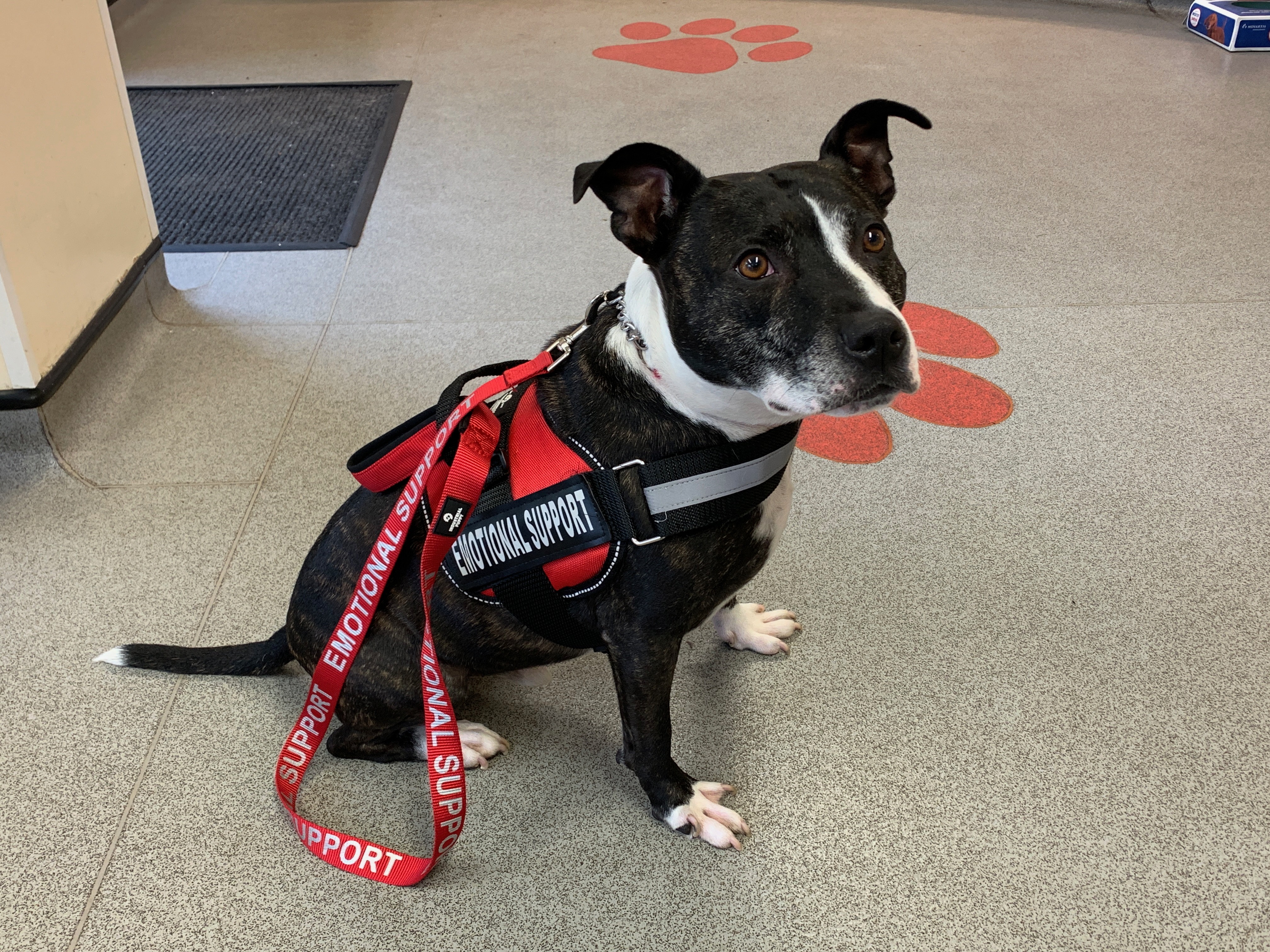 Milo is a wellbeing champion!

A big hello to Milo who is looking very smart in his new harness and lead! Milo has recently been registered as an Emotional Support Dog with the Emotional Support Animal Registry UK, and this is now his new official ‘going out’ outfit!

Milo came to live with his owners as a 16 month old pup from Sunnyside kennels and quickly settled into his new family. He loves people and dogs, and his new family noticed early-on how naturally intuitive he was to their emotions. Mum Jenny and daughter Beth both suffer with mental health and physical issues. Beth wears a knee brace as she is missing the cartilage in her knee, and when her knee painfully locks, Milo will put his head on her chest so she can hug him while her knee is released. If ever Jenny and Beth are anxious, upset or in distress, Milo will automatically snuggle up to them, unasked, to give comfort.

Given the huge emotional support Milo gives to Jenny and Beth, they looked into the 3 year old Staffie-cross being officially recognised for his role, and were able to register him as an Emotional Support Dog. Emotional Support Animals (ESAs) are companion animals recognised by a medical professional as benefitting a person suffering from a mental health condition or emotional disorder that impedes daily life. ESAs have no formal training: it’s their positive, non-judgmental presence and affection that alleviates their owners’ symptoms.

Since Milo has started wearing his new harness, he’s had lots of attention and cuddles out and about! ESAs don’t have the same rights as trained service pets such as guide dogs, but wearing the identifying harness means businesses are much more likely to allow these pets onto their premises, acknowledging the important job they do. Beth and Jenny recently took Milo on a shopping trip to Birmingham, where he was able to offer valuable comfort in shops in moments of anxiety. A true wellbeing champion.