New mum Jarna is November’s Pet of the Month 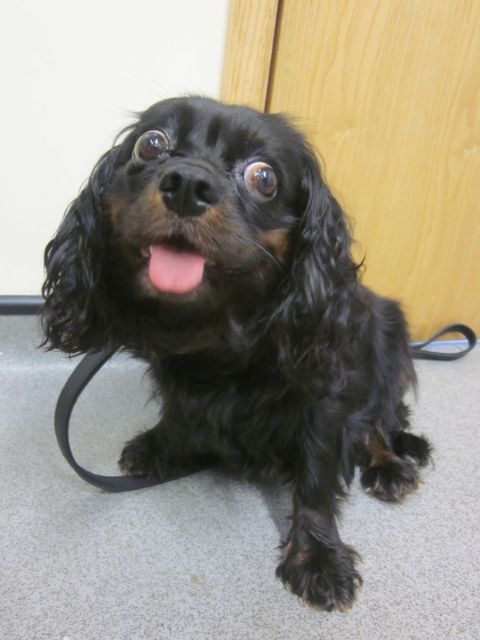 Caesarian operations are not out of the ordinary for us but are definitely one of the best parts of being a vet or vet nurse. And we had a real treat when mum Jarna was admitted to get a bit of help delivering her puppies.

Jarna, a very cute, beautiful black and tan Cavalier King Charles Spaniel had a surprise pregnancy. Her owner’s neighbour had been looking after the dogs and had left an in-season Jarna in close proximity to the very handsome male spaniel, and one thing led to another!

As the neighbour had been dog-sitting on more than one occasion, we didn’t have a definite due date for Jarna’s babies. But from scans and information given by Jarna’s owner, we had a good idea of when whelping should start. Jarna was slightly earlier than we had predicted and went into labour overnight. However, in the morning, despite having a fully dilated cervix, no puppies were emerging. She came in for a check up, and when a hormonal ‘helping hand’ made no difference we decided leaving Jarna any longer could be dangerous to her puppies and, more importantly, to her, so she came in for an emergency c-section.

The caesarian went smoothly with all the nurses at work that day getting in on the act – as well as both vets and even our practice manager! Jarna gave birth to four beautiful live puppies – 3 boys and a girl and it was all hands on deck as the puppies emerged.

Puppies born via caesarian have undergone a protracted or difficult labour and it can be surprisingly difficult to get them to breath. Most puppies require some stimulation to ‘get them going’ which involves vigorous rubbing with a towel and checking their airways are clear of mucus and birth fluid. It can be hard work: sadly some puppies don’t respond. Thankfully all of Jarna’s puppies were strong and keen to embrace the world outside the womb, and were mewling within seconds for food! 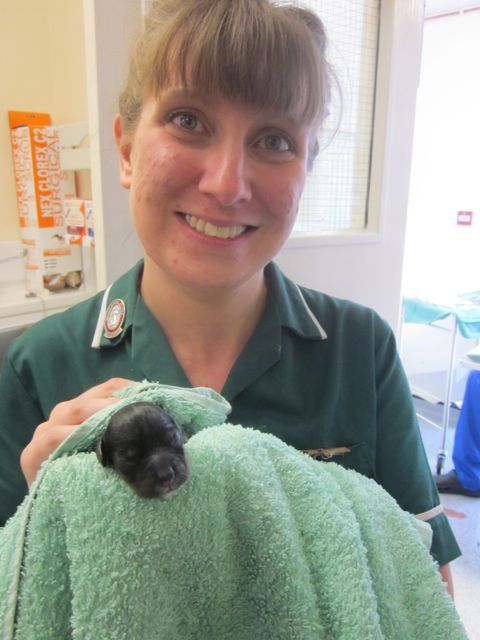 POST BIRTH:  Most puppies need help to breathe and get going after a c-section.  Amy has been rubbing the puppy down to get the vital signs going in earnest. 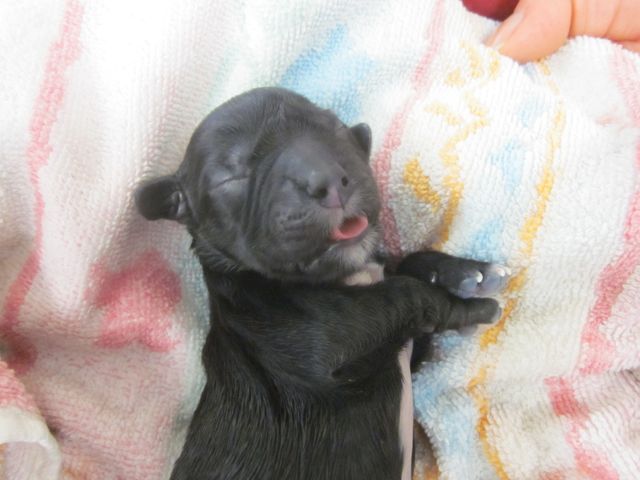 ALREADY CRYING FOR MUM!  We’ve  recently changed our anaesthetic gas to Sevoflurane which is more responsive and has a quicker recovery time. These pups showed no effect from mum’s anaesthetic at all. 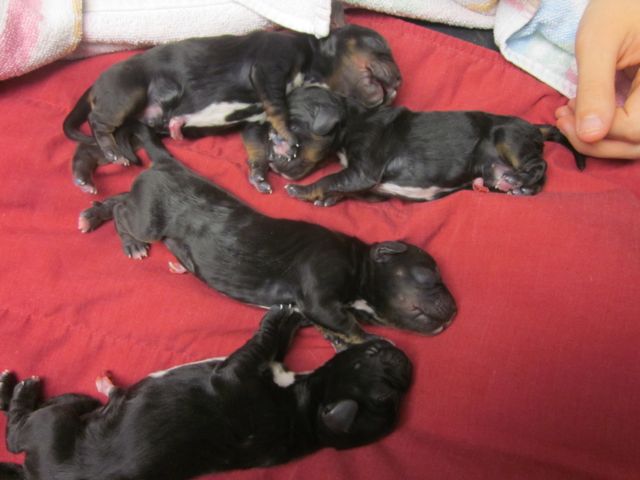 NICE AND WARM:  All four pups stretched out on our Bair Hugger – our inflated heating system we use during all theatre ops to improve recovery time, and where pets need a little extra warmth.

The story of an innocent mistake leading to puppies later down the line is familiar to vets. Doors accidentally being left open or not being strong enough to keep dogs apart, or children ‘re-uniting’ dogs that have been separated whilst in season are all situations we hear about. If you don’t intend to breed from your bitch we would recommend neutering as the benefits are huge: as well as removing the worry of unwanted pregnancy and having to manage seasons, it prevents womb infections and also ovarian, womb and mammary cancers.