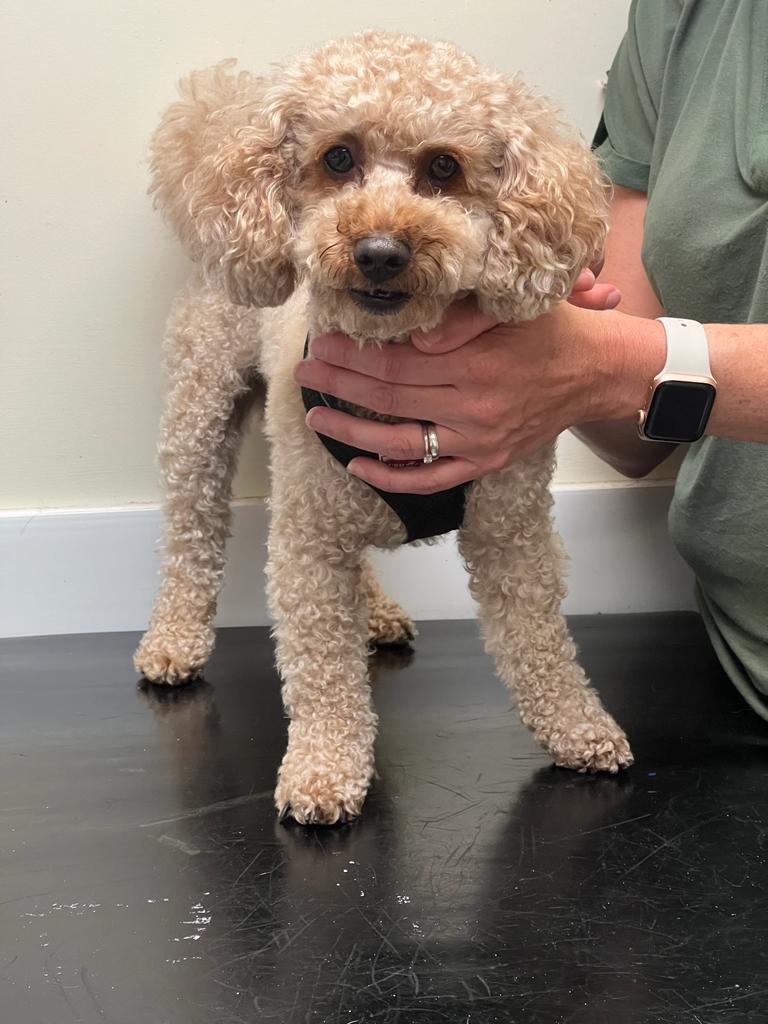 Poor Fergie came in to see us after the Cavapoo experienced sudden pain and his owner spotted what looked like a bee or a wasp lying on the ground. Fergie’s distress indicated he had been stung somewhere on his face and his owner worried it could be having been in his mouth. It’s important to get these stings checked out as swelling in the mouth or throat can restrict a pet’s airway and affect breathing.

On close examination, we were able to see that Fergie had infact been stung in his left nostril by a bee as we could see the stinger the bee had left behind within the entrance to his nostril. While the stinger is present, it continues to release venom, so you can imagine Fergie’s relief shortly after the sting was removed.

Most insect stings will be mild and can be managed at home. If you are unsure whether your pet has been stung by a wasp or a bee, do look for a stinger which should be removed by scraping under the venom sack to avoid releasing more poison into the affected area. Avoid using tweezers as this will potentially press more venom back into your pet’s skin. Swelling can be relieved by applying a cool compress.

If you think your pet is having an allergic reaction, or you are worried they have been stung in the mouth or have received multiple stings or seem unlike themselves, please seek immediate veterinary help. With wasps in particular being more active at this time of year, look out for poorly paws and noses on unsuspecting, inquisitive pets!