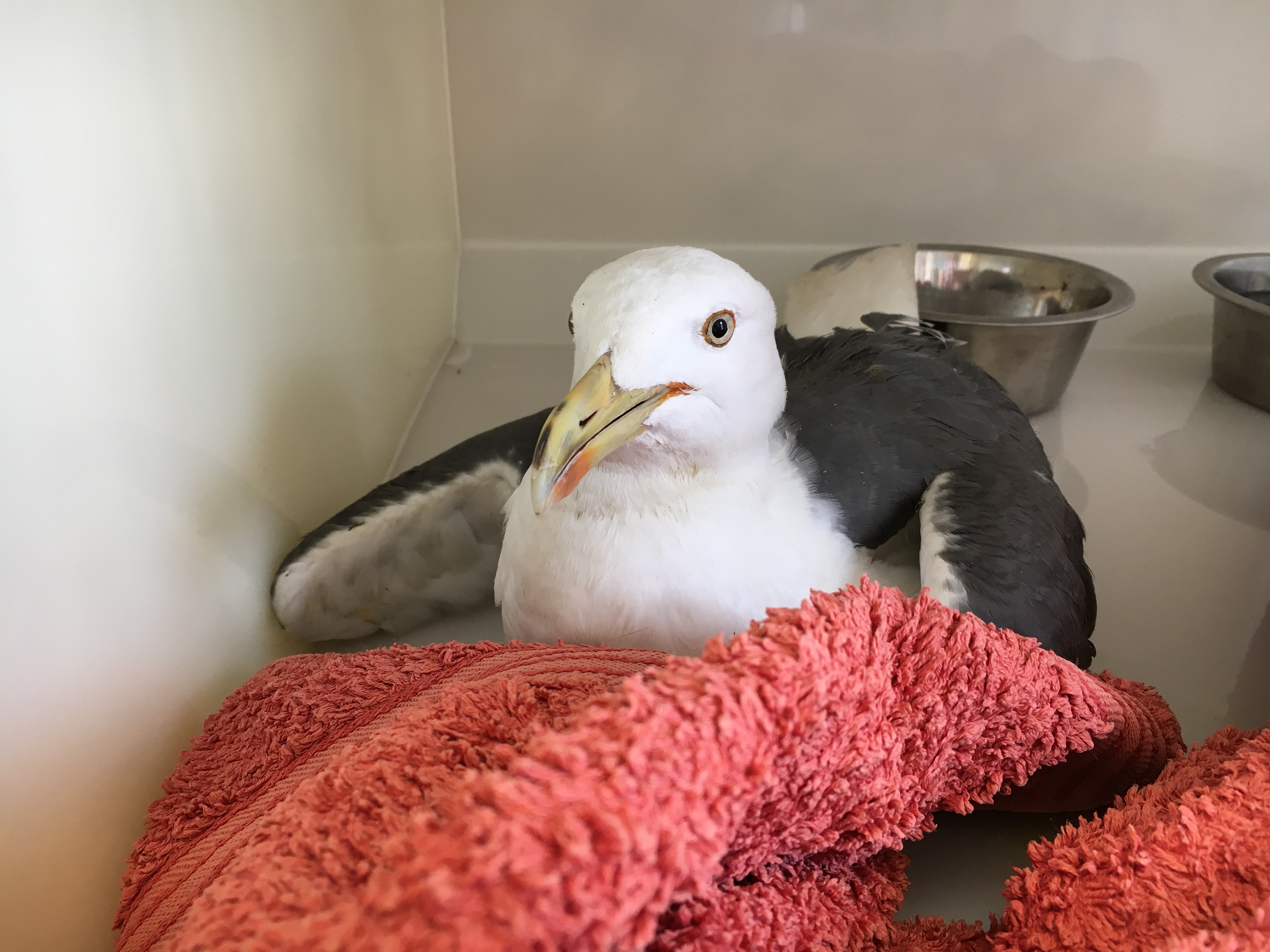 We never knew that!

We’ve had three unusual visitors to the vets this week. We’ve had a lost ferret brought in, and a tiny baby vole just 3.5cm long and very cute! Look!

But perhaps the most interesting visitor was a huge gull that was brought in by someone as it had been in their garden for a few days and appeared injured.

When we examined it, we noticed the gull had a ring on its leg with the words ‘Brit Museum NH, London SW7’. So we looked up the British Museum’s website to contact them and to find out more…

Bird ringing in Britain and Ireland is organised and coordinated by the British Trust for Ornithology, and over 800,000 birds are ringed every year by a network of more than 2.4k volunteers. Ringing is a harmless, reliable method of identifying birds as individuals. The lightweight rings, each with a unique number, are attached to the bird’s leg and help with research into how long birds live for and when and where they move, which is vital for bird conservation. Would you believe, when we phoned, we were told our gull was 26 years old!

Interestingly, the tag address ‘Brit Museum NH, London SW7’ (historically used by the British Trust for Ornithology) does not refer to the British Museum at all, but to the Natural History Museum in South Kensington. Apparently, the address was used because the words ‘Museum’ and ‘London’ are easily recognisable to anyone finding a tagged bird, even if they don’t speak English.

You learn something new everyday!