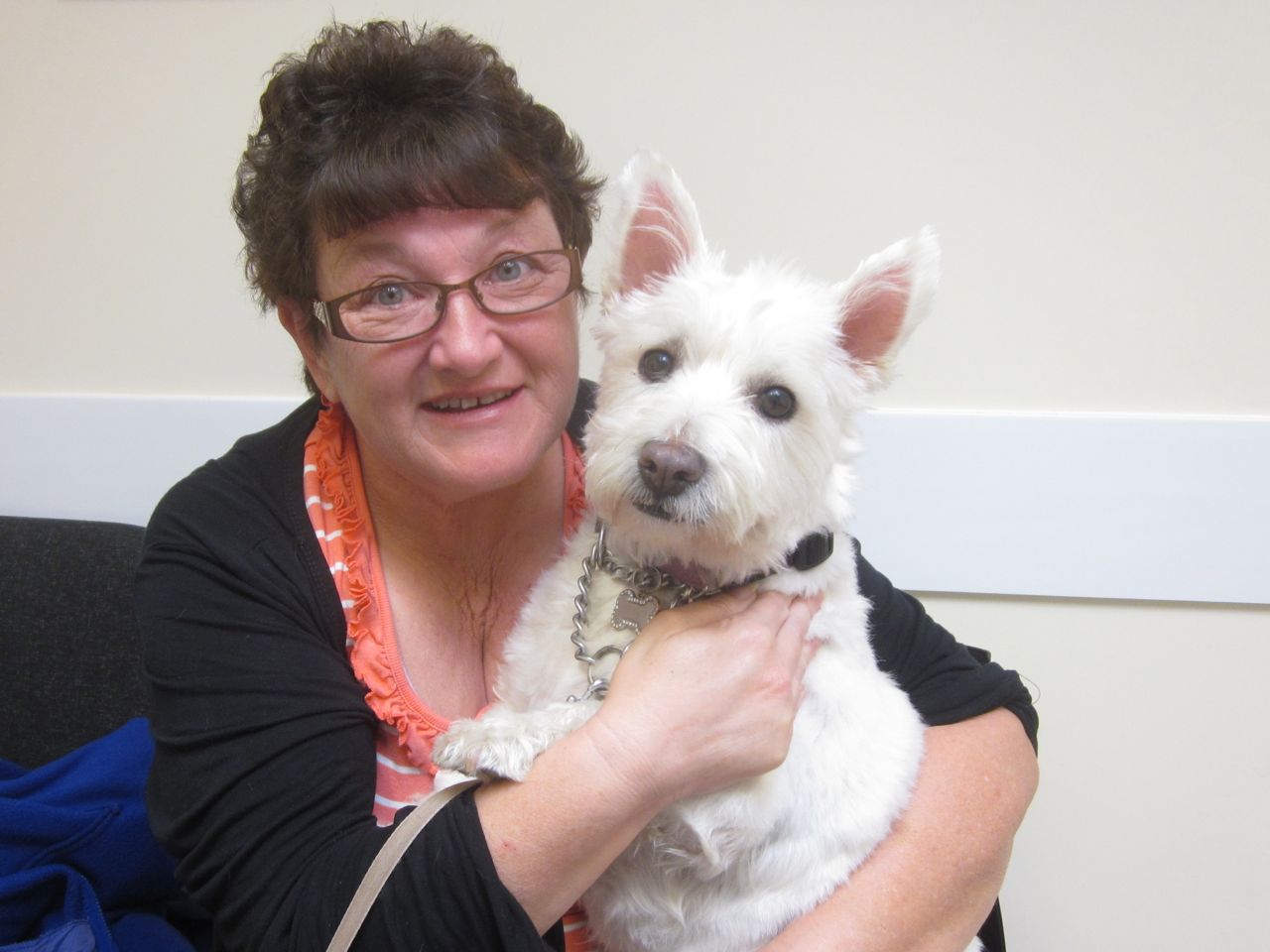 Westie Milly is a life-saver 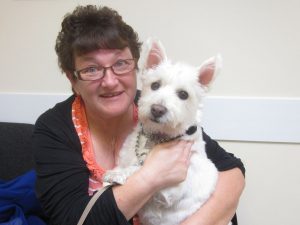 Milly’s owner works nights and had come in at 2am and gone to bed with a view to getting up mid morning as usual. However, it was clear something was very wrong when Milly started screaming and fussing outside Mrs Pearce’s bedroom door just a few hours later. Mrs Pearce’s daughter had got up and just finished showering when she heard Milly’s distress. She rushed to her mum’s room and found her lying on the floor, her breathing laboured. She was later diagnosed as having suffered a stroke. We are very pleased to hear Mrs Pearce is very much on the mend – she and Milly (pictured above) were in on Saturday and shared their incredible story. Without Milly’s prompt alert, critical treatment would have been delayed and the outcome could have been very different. Milly is a real star and and now follows her mum everywhere. A real guardian angel in dog form!